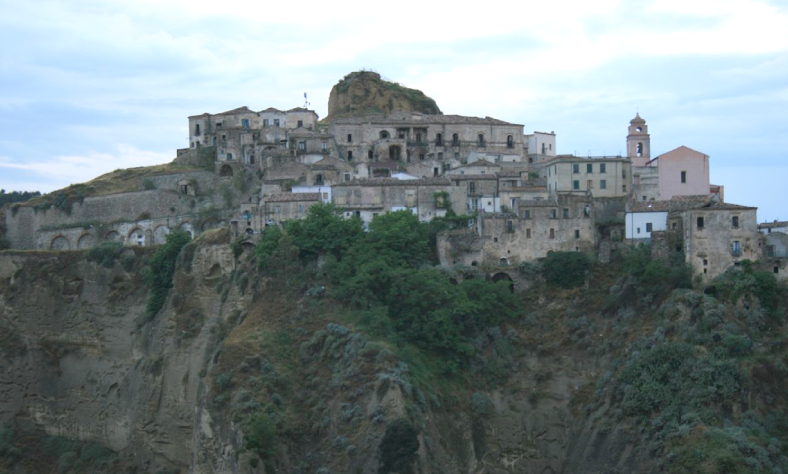 Albino Pierro, the Literary Park and the Study Center

The bond of the great poet Albino Pierro (Tursi, 19th November 1916 – Rome, 23th March 1995) with his and our “Land of memory”, has been and still is intense; we would say indissoluble, precisely because of the declared poetics and for founded and elevated to literary dignity a non-existent language before him, with the “conversion” to the lyricism of the Tursitano dialect. A few years before the death of the poet, Stanislao Nievo had the happy intuition of the Literary Parks, established as an institution in 1992, the year of the conferral of the Honoris Causa degree to Pierro, considered among the greatest poets of the second half of the Italian twentieth century and several times candidate for the Nobel Prize for Literature.

The foundation of the Albino Pierro Literary Park in Tursi is therefore almost natural, after imprinted the strong author-country relationship in the homage of the official name changed to “Tursi Città di Pierro”, to promote its memory and works, its historical and cultural heritage, and the very survival of the dialect, with the organization of high level events, appropriate manifestations and consistent guided tours. For the high priest tursitano, born in Rabatana, the most ancient district and characterized by the Arab-Saracen settlement (about 850-930), the country is the “place of the soul”. Certainly the territory that more than others, in his move to life, marked and inspired him and where he wanted to be buried in the municipal cemetery..

Managed by the Albino Pierro Onlus Study Center (centrostudi.apierro@gmail.com), the Park headquarters is in the historic center (Corso Umberto I n. 4), very close to Piazza Plebiscito, in the historic Pierro family building, which can be visited on request ( mobile phone 3336401629). The structure consists of a basement and two upper floors: one used as a library where the personal collection and the works of the poet are kept with the re-proposal of the study of the Roman house, in addition to the substantial documentation; and the other as a picture gallery with a permanent exhibition of paintings by Lucanian artists such as Nino Tricarico and Antonio Masini, inspired by the Pierro’s lyrics. Today, both cultural gatherings represent a must for enthusiasts tourists and for Italian and foreign scholars.

The Albino Pierro Onlus Study Center (president Francesco Ottomano) was born on 31th August 2007 with nine founding members, including Maria Rita Pierro for the management of the library. The entire building was loaned free of charge for 25 years to the Study Centre which immediately after (3rd September) stipulates the convention for the creation of the Albino Pierro Literary Park with Italian Cultural Landscape with Francesco Ottomano president. The management of the Study Center and of the current Literary Park takes place autonomously, but with some European funds it has proceeded to anastatic reprints of Pierro’s works that otherwise could not be found. Next event, 26th November 2017, through the streets and squares of the historic center, following the verses of the Pierro’s lyrics in a historical and evocative, but above all innovative path.

The museum house of Albino Pierro

Albino Pierro’s house is located in the historic center of the San Filippo district in Piazza Plebiscito. The house is a structure consisting of a basement that overlooks the alley Garibaldi and, on two raised floors on Corso Umberto I. From the building there is an enchanting panoramic view of the river Pescogrosso, the convent of San Francesco and the cliffs of the Rabatana district.

For the poet his house is ‘u paazze, the house where he received his noble cousins ​​and his childhood friends, but from which he often fled to join the peasants or their children and to speak the dialect or play ‘ndi jaramme (in the precipices) or ‘ndu strittue du Barone (the Strait of Barone).

After Pierro’s death, the upper floors of the building were used as a Pierro library, where the books belonging to the poet and many of his works are kept.

Today the Pierro palace, home of the Pierro Study Center and the adjoining Library is a destination for Italian and foreign tourists and researchers from all over the world.